This aspect has been confirmed by the historical very low unemployment rate not seen since the end of 60’s. Furthermore, despite the trade war, American momentum is largely maintained thanks to cheap oil and a very inventive e-economy. The negative aftermaths of a trade war are far more influential on export-driven economies like the Euro-zone and China.

5 factors are slowing down the Eurozone: 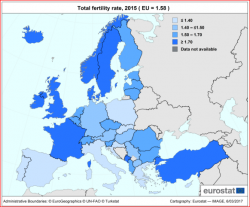 “The ECB’s most recent policy decision saw the central bank launch a substantial package of quantitative easing (QE) and further reduce its main deposit rate by 10 basis points to -0.5%, a new record low”.

“The so-called “Japanification” in the euro zone refers to the possibility of replicating Japan’s “lost decades” in the form of low growth and mild deflation”.

TOKYO (Reuters) – Japan’s government slashed its economic growth forecast for this year largely due to weaker exports, in a sign the protracted U.S.-China trade war is taking a bigger toll on the world’s third-largest economy. Monetary policy will continue to be ultra-accommodative next year. The cyclical decline in Japan’s growth is occurring in an environment of very weak long-term growth. Adverse demographics – specifically a declining labour force (According to the Japanese Health Ministry, the population is estimated to drop from its current state of 126.26 million to 86.74 million by the year 2060. ) are not being offset by strong enough productivity growth. The “third arrow” of Abenomics, which was supposed to implement significant structural reforms and boost productivity, has been slow to materialize.

The quarterly rate of Chinese growth has been steadily edging down since the beginning of 2017, hitting its lowest level in 10 years in the third quarter of 2018. On an annual basis, the pace of expansion has slowed from 6.9% in 2017 to 6.6% in 2018, and will fall further to 6.3% in 2019. In response to recent economic shocks – including the impact of US tariffs, which has so far been limited – policy-makers have unleashed a series of monetary and fiscal measures to help support growth and stabilize financial markets. 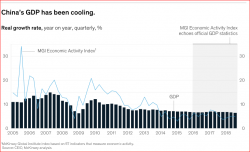 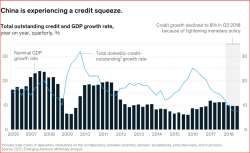 Some economies, including Brazil, India and Russia, experienced a mild pickup in growth, while others, such as Argentina, South Africa and Turkey, came under intense financial pressure and suffered recessions or near-recessions. Going forward, emerging markets face a number of headwinds, including slowing growth in advanced economies and in the pace of world trade; the strong US dollar; tightening financial conditions; and rising political uncertainty in countries such as Brazil and Mexico. A few countries will be able to buck these trends, especially dynamic economies with low levels of debt, notably in Asia. 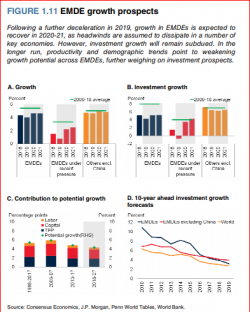 Demand growth next year still looks strong enough to provide commodity markets with support, making the kind of price collapse seen during 2015 unlikely. However, volatility in commodity markets will continue in 2020, particularly in oil markets. We predict oil prices remain in the near term and average around $55-60 range per barrel over the coming year, compared with an average $71.0 in 2018. That said, the risks of oil prices and other commodities are predominantly on the downside, given world slowing demand growth and rising supply. Despite volatility, we predict that by the end of 2020, prices will be little different from their current readings.

Most of the rise in consumer price inflation between 2015 and 2018 – from 2.0% to 3.0% – was due to a transition in the developed world from deflationary, or near deflationary, conditions to inflation rates that are close to central banks’ targets of 2.0%. Over the near term, we expect global inflation and developed economy inflation to remain close to 3.0% and 2.0%, respectively.

While there will be upward pressures in many economies as output gaps close and unemployment rates fall – in some cases to multi-decade lows – there are downward pressures as well. Outside the US, growth is weakening. Moreover, relative to 2019, commodity prices will be relatively flat on average in 2020. Finally, with the trade war in a “temporary truce”, the upward push from tariff increases will be on hold.

With the world’s key economies at different points in the business cycle, it is not surprising that central banks are moving at different speeds and in different directions. However, given weaker growth and muted inflationary pressures, the pace of removing accommodation is likely to be even more modest than previously expected.

2019 US Federal Reserve predictions were likely to see rates rise. It turns out the fed reduced rates twice by a ¼ % in 2019. Other central banks, including the Bank of England (depending on the Brexit process), the Bank of Canada, and a few emerging market central banks – such as those in Brazil, India (which decreased 4 times its rates in 2019) and Russia – may also lower rates.

The European Central Bank will not hike rates until early 2020. Similarly, we do not believe the Bank of Japan will end its negative interest rate policy until 2021.

Continued above-trend US growth and Fed low rates are the primary reasons for this anticipated strength. Given the recent relative calm in forex markets, especially relative to emerging market currencies and low manufacturing index stats (less than 50), another big appreciation of the US dollar seems unlikely.

Nevertheless, the potential for volatility remains very high. Political uncertainty in Europe could be very negative for the euro and sterling; we expect that the euro/dollar rate will end 2019 (and stick in that range in 2020) at around $1.10, compared with $1.14 at the end of 2018. At the same time, we predict that the renminbi/dollar rate will hold fairly steady just below the psychological level of 7.0 – the result of the Chinese government’s desire for financial stability.

Policy mistakes remain the biggest threats to global growth in 2020 and beyond. The simmering trade conflicts are dangerous, not because they have done damage so far – they haven’t – but because they could easily escalate and get out of control. In addition, rising budget deficits in the US, high debt levels in the US, Europe and Japan, and potential missteps by key central banks all pose threats to the global economy.

The good news is that the probability of such policy mistakes seriously hurting global growth in 2020 is rather low given the recent interest rates easing seen both in the US and in Europe.

“The ECB forecasts inflation at 1.5% in 2021 which is still below what the ECB regards as “sufficiently close to, but below, 2%,” Berenberg senior European economist Florian Hense pointed out in a note”.

“Thus, the ECB seems highly unlikely to raise rates before 2022 — unless inflation were to surprise a lot on the upside,” Hense projected”.